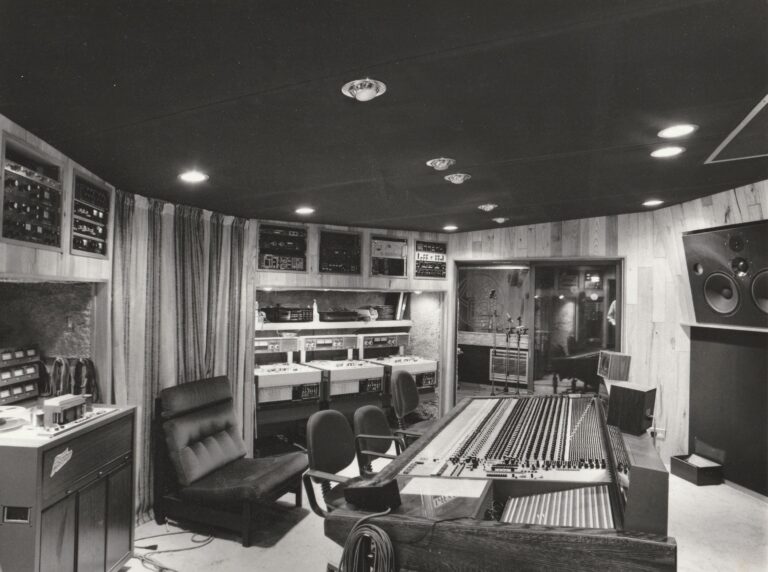 STUDIO 1 at Dick James Music Studios in Holborn shortly before closing its doors in 1985. I spent many long nights in this room, drinking stewed coffee and inhaling all sorts of ambient fumes. Memorable sessions include Haircut 100, Psychic TV, Modern Romance, Patti Palladin, and Space Monkey – who insisted on singing in total darkness, then somehow disappearing altogether without anyone noticing. Roger Quested began his internationally renowned monitor business while he was studio manager at DJM. Having made a pair for Studio 1, word soon got round and Roger was asked to build monitors for other studios, including Trevor Horn’s SARM West, The Townhouse, Ridge Farm, and Trident. 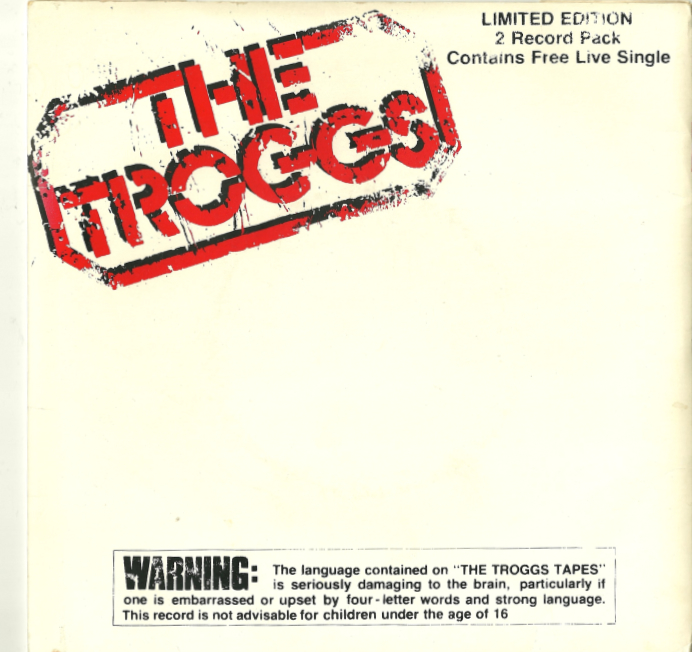 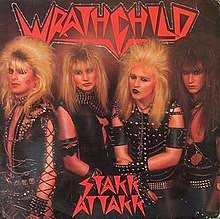 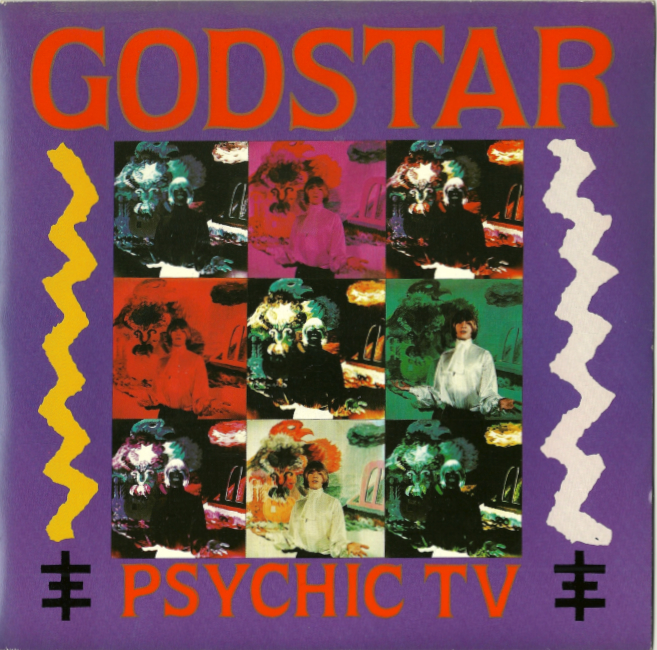 THE Troggs Tapes had already achieved legendary status by the time DJM decided to release them as an EP in 1984.

Just as kids of my generation would recite the Parrot Sketch from Monty Python, quote the Spanish Inquisition, or sing The Lumberjack Song, engineers and studio musicians, when gathered in groups of two or more, would spontaneously break into cries of: “You have done it tonight,”  “Split your ‘ands,” “It needs a fuckin’ 12 string on it,” “Drummers, I shit ’em,” “Sprinkle some fairy dust over the bastard”, and the timeless instruction to drummer Ronnie Bond: “Dubba dubba, dum, dubba dubba dum.”

The west country accents of Reg Presley and his fellow Troggs made it even funnier, while it only adds to the comedy that the song they were working on at the session in 1970, where a tape machine was ‘accidentally’ left running, was called Tranquility.

The full recording was over 11 minutes long, so Roger Bolton and I were tasked with editing it down to fit onto a 7″ vinyl at 45rpm. It was my first credit on a record.

STAKK Attakk by the Evesham glam metal band Wrathchild was recorded in DJM Studio 2. The album was produced by guitarist Robin George and I shared the occasionally surreal engineering duties with Murray Harris. Katrina Fraser, who was a secretary in DJM’s publishing department, received a notable credit as The Trash Queen.

Reviewing the album in Kerrang! Geoff Barton wrote: “The surprise of the season – if not the century. Not only have Worcestershire glam wallies Wrathchild come up with an excellent album; they’ve also made one of the records of ’84.”

“In the simplest terms,” he went on, “Stakk Attakk is a pure pop-metal delight. Producer Robin George has tarted up the band (if such a thing is possible!) by concocting a chintzy Chinnichap sound and adding wacky studio FX, inventive backing vocal arrangements, guitar synthesisers and the like.”

PSYCHIC TV are the definition of a cult band. They have a large and loyal following, going back to the days when they were the equally underground Throbbing Gristle.

I had worked with PTV’s Genesis P-Orridge on the soundtrack to Derek Jarman’s short film Imagining October. The music was largely improvised by Genesis and Soft Cell keyboardist Dave Ball. Godstar was the theme song from a planned feature film about Rolling Stones guitarist Brian Jones, who drowned in his swimming pool at Cotchford Farm in Sussex.

Icelandic composer and artist Hilmar Orn Hilmarsson was a member of Psychic TV at the time and one day he brought in a contraption that when plugged into the tape machine could, he claimed, record signals from beyond the grave. The idea was to have Brian Jones perform on the record.

We sat in silence with the 24 track in record for pass after pass. Any movement or static interference was interpreted as Brian trying to get through. Maybe he was.

IT was a pleasure and a privilege to work on the Ivor Novello Awards for 11 years. I used to arrive at the Grosvenor House Hotel at 8.30 in the morning for the run-through and the day would always end in the Audley Arms, where guests, nominees, and recipients squeezed onto the (normally) sunny pavement outside the pub.

I have many great Ivors memories: Stevie Wonder’s impromptu a cappella rendition of Knocks Me Off My Feet in 2001; guitar legends Jeff Beck, Jimmy Page, Nile Rodgers, and Johnny Marr all in the same room in 2014; George Martin getting the biggest standing ovation when he presented to Mark Knopfler in 2012; the outpouring of love for Edwyn Collins in 2009. 2004 was also a memorable year, when the Special International Award was presented to the great Motown songwriting team Holland Dozier Holland.

When Lamont Dozier, Brian and Eddie Holland arrived in London, we took them on a boat trip on the Thames. In association with BBC Radio 2, we put on an ‘Evening With …’ event at The Cobden Club, where Lulu and her band performed This Old Heart of Mine, Can I Get a Witness, I Can’t Help Myself, and other HDH hits.

Eager to take advantage of their rare foray this side of the Atlantic, after the Ivors they arranged a trip to Paris. They didn’t want to take their famously heavy statuettes, so I offered to look after them until they got back to London. 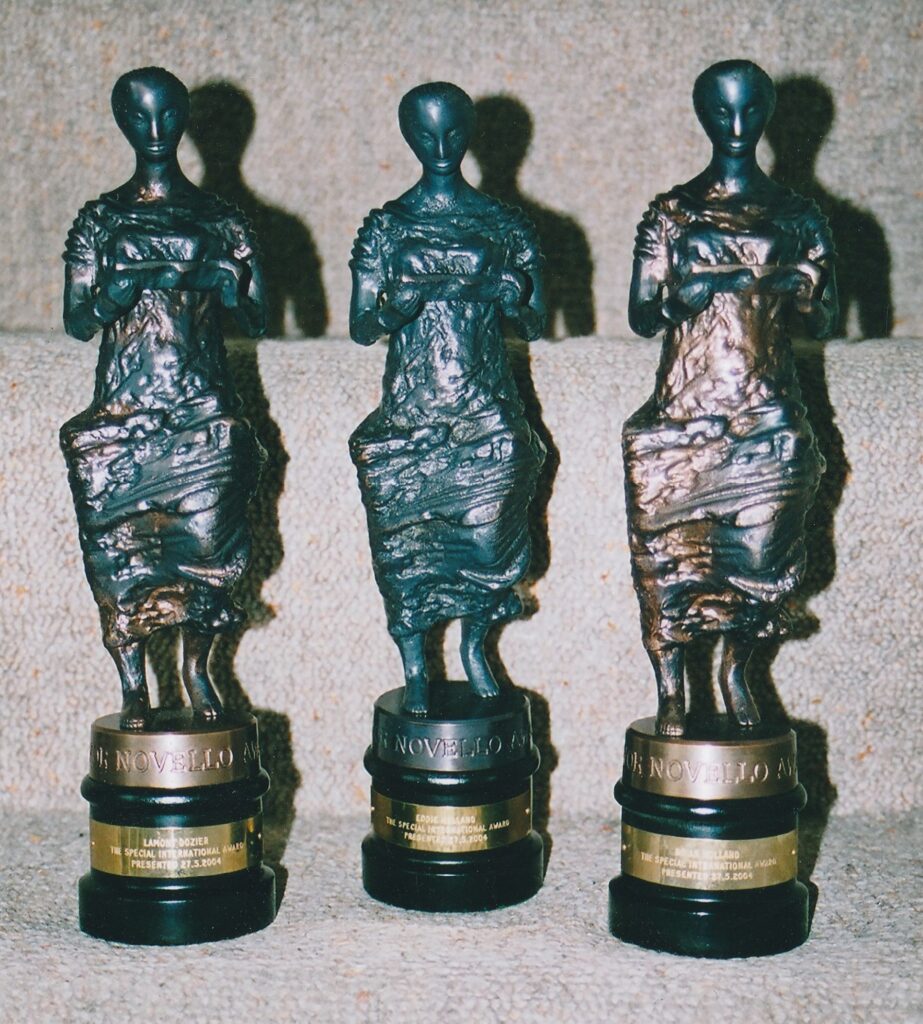 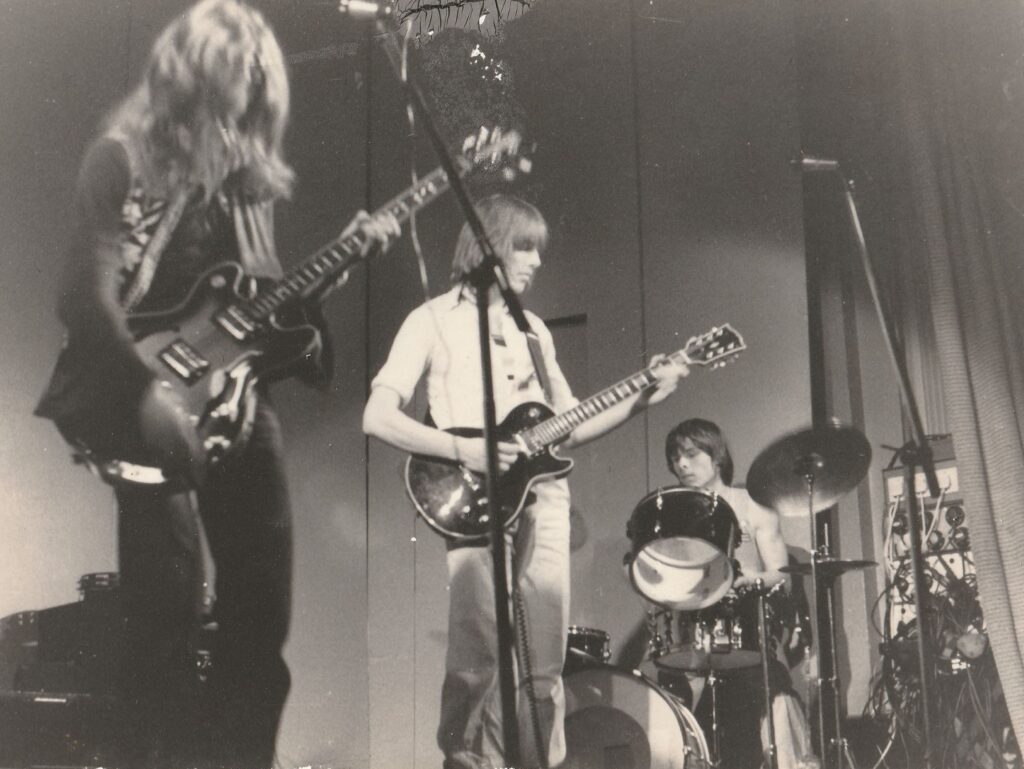 WEYBRIDGE Public Hall,  25 November 1977. My first gig with prog rock band Scion. Band leader, bass player and songwriter Andy Reid is on the left, Ali Drennan is on drums. Scion broke up in 1979, following a farewell gig Upstairs at Ronnie Scott’s. The show featured most of the musicians who had played in Scion during the band’s various incarnations, since being formed by Andy in the early seventies. 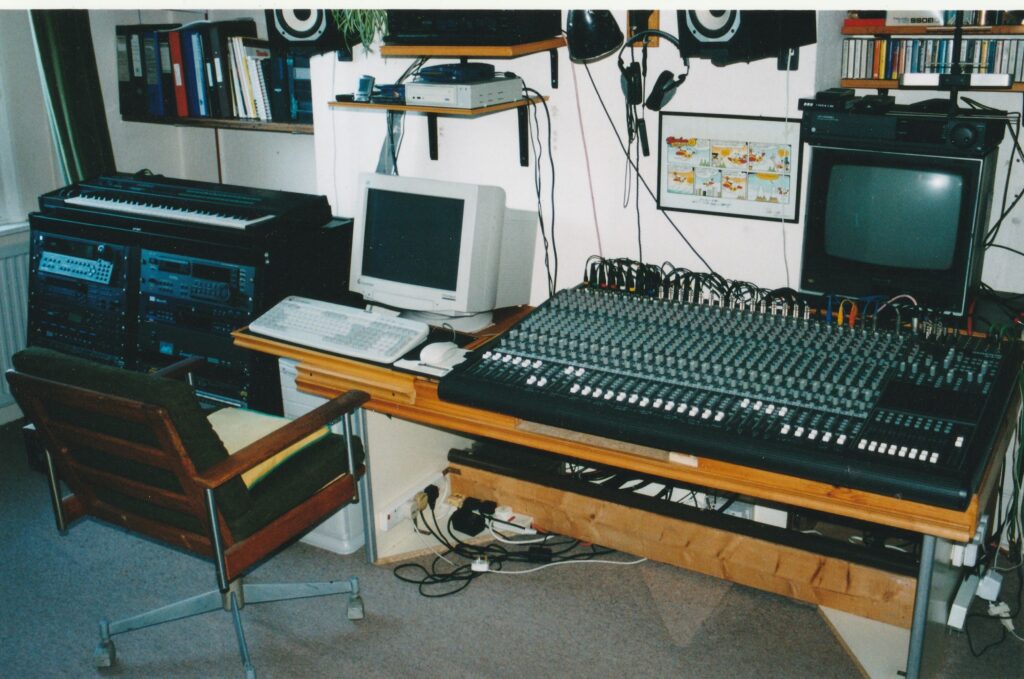 MY studio Mark IV. Mark I consisted of little more than a Tascam 8 track reel to reel tape recorder, a Drumulator, and a Yamaha DX7 that I bought from DJM when the studio closed down. Mark II saw the introduction of an Akai MG1212, a digital multi-track tape machine that used Akai’s own Betamax-like cassettes. The desk sounded great, but the transport for the cassette part was considerably less reliable.

I kept the MG1212 for studio Mark III, but only used the desk. The bigger change was becoming computerised, with the Atari 1040ST running Notator. The Atari was ground-breaking at the time, but looking back, it’s amazing to think that I used it happily for eight years, despite its tiny monochrome monitor, flimsy dongle hanging precariously from the side of the keyboard, and the fact that you could just about get three songs onto a floppy disc.

I eventually sold the MG1212 on Ebay and gave my stock of unopened blank tapes to the late great Neil Innes, who was still using the idiosyncratic Akai in his Suffolk studio.

On to Mark IV (pictured), featuring a Gateway PC loaded with an early version of Logic, Emagic’s successor to Notator. Audio was synced from the British-made Soundscape, which was a fabulous piece of kit. There were three Emulators, a Roland JV1080, a rack mounted Korg M1 … but still the DX7.

Mark V saw the radical move from hardware to software. The Mackie desk went, along with the Emulators, outboard, patchbay, metres of cables, MIDI leads, XLRs, and dozens of standard and GPO jacks. Thanks to Yellow Technology, who made the transition remarkably painless, I now had a powerful MacPro, two screens, Logic 8 … and much more room.

Being upgrade-averse, I kept Logic 8 and an increasingly outdated Mac operating system until there was little in the outside world that would talk to it. Mark VI has an iMac running Logic X. Sadly the DX7 didn’t survive the change, although it may just have been the internal battery dying after some 30 years. However, thanks to the growing interest in vintage gear, I sold it to an enthusiast in Devon for almost exactly what I paid DJM back in 1985. 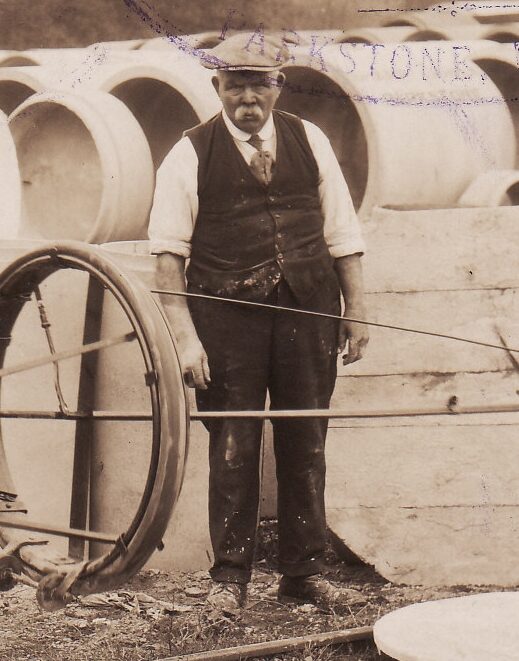 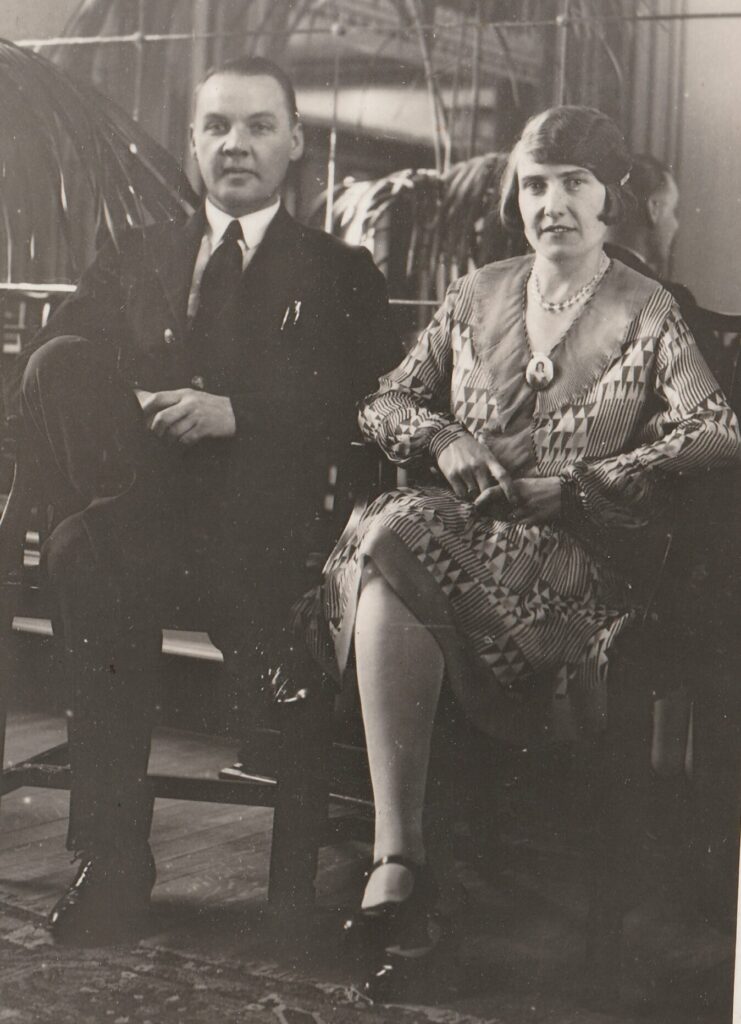 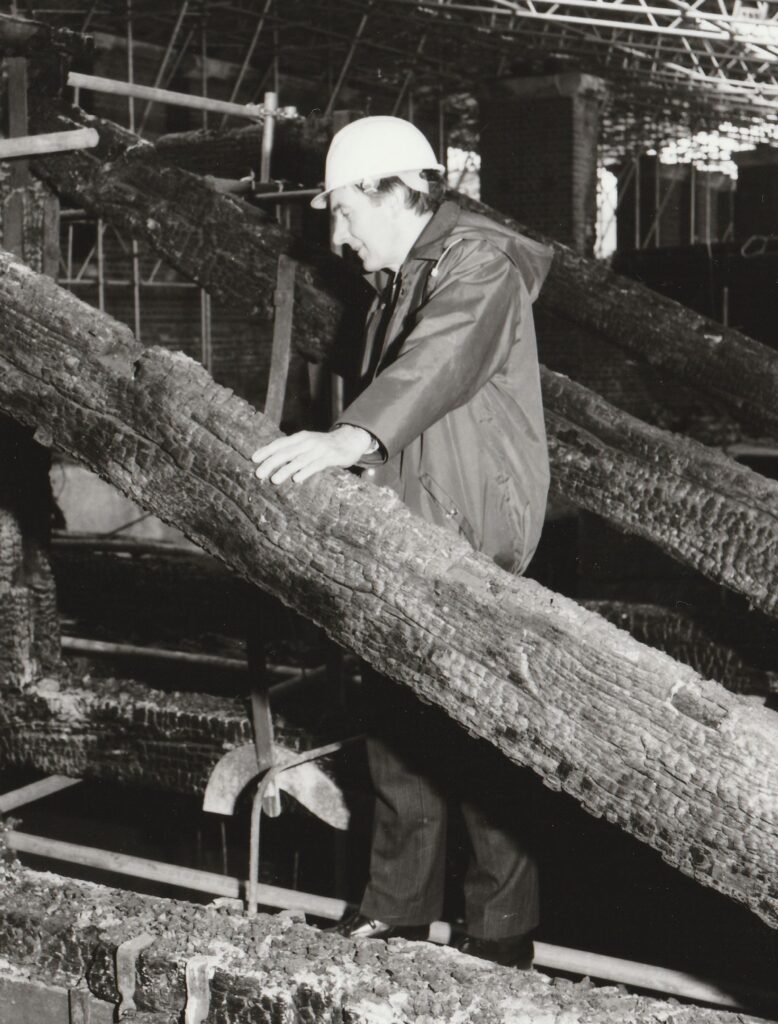 GREAT Grandfather Tom was one of four generations of Fishlocks who worked at the Parkstone Pottery in Poole, Dorset. The George Jennings South Western Pottery made water closets, salt-glaze drainage, and sanitation pipes. Jennings was a great Victorian innovator in plumbing and sanitation, and was the inventor of the flush toilet. Thomas Crapper, who is often wrongly given credit, was only 14 at the time. Tom married Alice Stubbs  and went on to have five  children, including my grandfather Edward Charles Tom.

GRANDFATHER Tom was born on 10 December 1896 and joined the merchant navy as a bellboy at the age of 14. During the First World War he served in torpedo boats in the Royal Navy. He joined the Orient Line after the war and is pictured on the S.S. Orford in 1930 with my grandmother Winnie. His ship was torpedoed in the Second World War and he spent several days in a life raft before being rescued off Dakkar, West Africa. He and Winnie separated at the end of the war and Tom lived in Kent, Wiltshire, and Dorset until his death in 1983.

MICHAEL Tom Fishlock, my dad, was an architect in the Civil Service. He worked on a variety of government projects, including naval buildings in Sri Lanka (then Ceylon) and British embassies in South America. His crowning achievement was as principal architect for the rebuilding of Hampton Court Palace after the fire in 1986. Above, he is seen inspecting charred beams in the roof space of the Palace. In the 1991 Queen’s Birthday Honours, he was made a Lieutenant of the Royal Victorian Order for his work at Hampton Court. 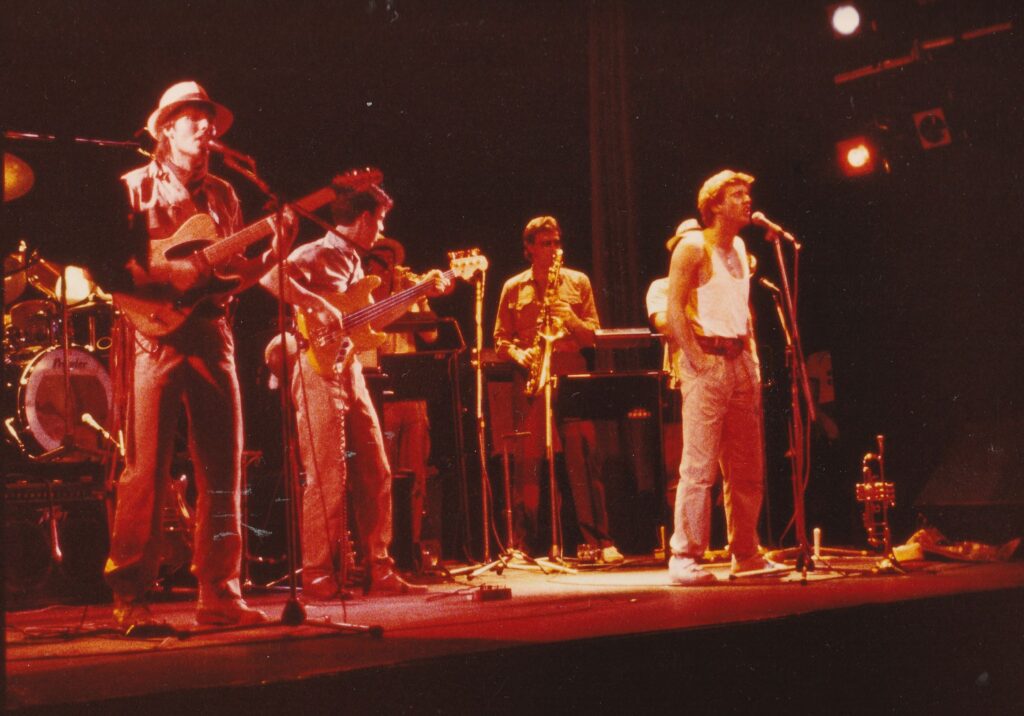 PANAMA Park at the Secombe Centre, Sutton in 1983. Starting out as a post-punk three-piece, ex-Scion keyboard player Dave Butcher was briefly a member, before leaving to join Go West and becoming Dave West.

Panama’s final gig was at Blazer’s in Windsor on 26 February 1984, where we were joined by Ralph Salmins on percussion.